Vans and Canadian Pro Skateboarder Breana Geering Come Together on a New Collection of Elevated, Eve

Vans, the original action sports brand and icon of creative expression, has teamed up with Breana Geering, one of the most talented skateboarders coming out of Canada’s of-the-moment skate scene, on a head-to-toe pack led by the Skate Old Skool.

Montreal, QC. (May 4, 2021) – Vans, the original action sports brand and icon of creative expression, has teamed up with Breana Geering, one of the most talented skateboarders coming out of Canada’s of-the-moment skate scene, on a head-to-toe pack led by the Skate Old Skool.

Hailing from British Columbia, Breana has emerged as an influential force in skateboarding, gaining recognition for her calm, collected style, serious ledge skills, and flip in and flip out manual tricks. Recently, Vans Skateboarding talked to Breana and those closest to her about how she came up in the Vancouver skate scene and what’s shaped her journey along the way. Building on the momentum of the past few years, Vans and Breana came together this season to create a forward approach to footwear and apparel, combining wearable colors with a nod to gender neutrality. 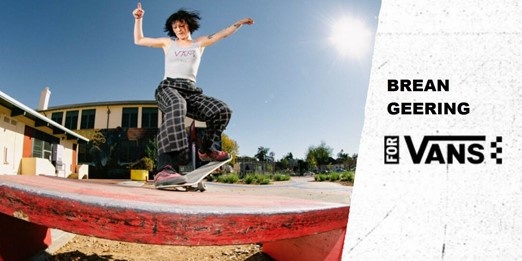 What do the garments made by Breana Geering bring to the table?

Breana approached the collection by leveraging the timeless appeal of Vans Classics combined with subtle touches that showcase her personality: “I wanted it to be special and personal. I really made it my own by adding in some of my own little doodles to the back of the shoe and the insole. I really wanted to make a nice, simple shoe that people would be stoked to wear, to skate or to the bar.”

The Skate Era takes on classy vibes with a bit of edge. Marshmallow uppers are contrasted with a black sole, black laces, and the same debossed snakeskin quarters found on the Skate Old Skool. Final touches include brushed gold eyelets and a Checkerboard woven patch. 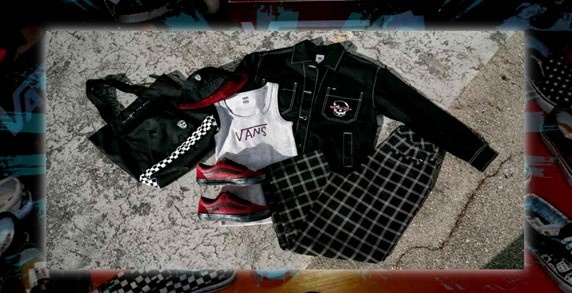 Vans Breana Geering is now available
in stores and online.