Vans and Fucking Awesome Team Up For New AVE Pro

Vans has long been engaging with the skate community by collaborating with brands and people their fanbase identifies with. Now, Vans and skateboard company and streetwear brand Fucking Awesome (FA) have joined forces to release a new AVE Pro that celebrates pushing boundaries.

The model is named after professional skater Anthony Van Engelen, who is both a long-term collaborator with Vans and co-Founder of FA. For a skate shoe, its design is relatively advanced with innovative features such as a supportive ULTIMATEWAFFLE™ outsole and reinforced DURACAP™ underlays to up the durability factor.

For the first time, the uppers get a premium makeover that features black tumbled leather. Vans’s and FA’s logos are flaunted on a translucent rubber patch on the tongue. Two colorways will be made available: one exclusive to FA and the other for skate shops worldwide.

The latter sports a nearly all-black colorway, with a reflective Sidestripe and a bright orange midsole for contrast, staying true to both brands’ values as they deliver a bold look.

The pair will be available on December 10th at Palm Isle Skateshop. 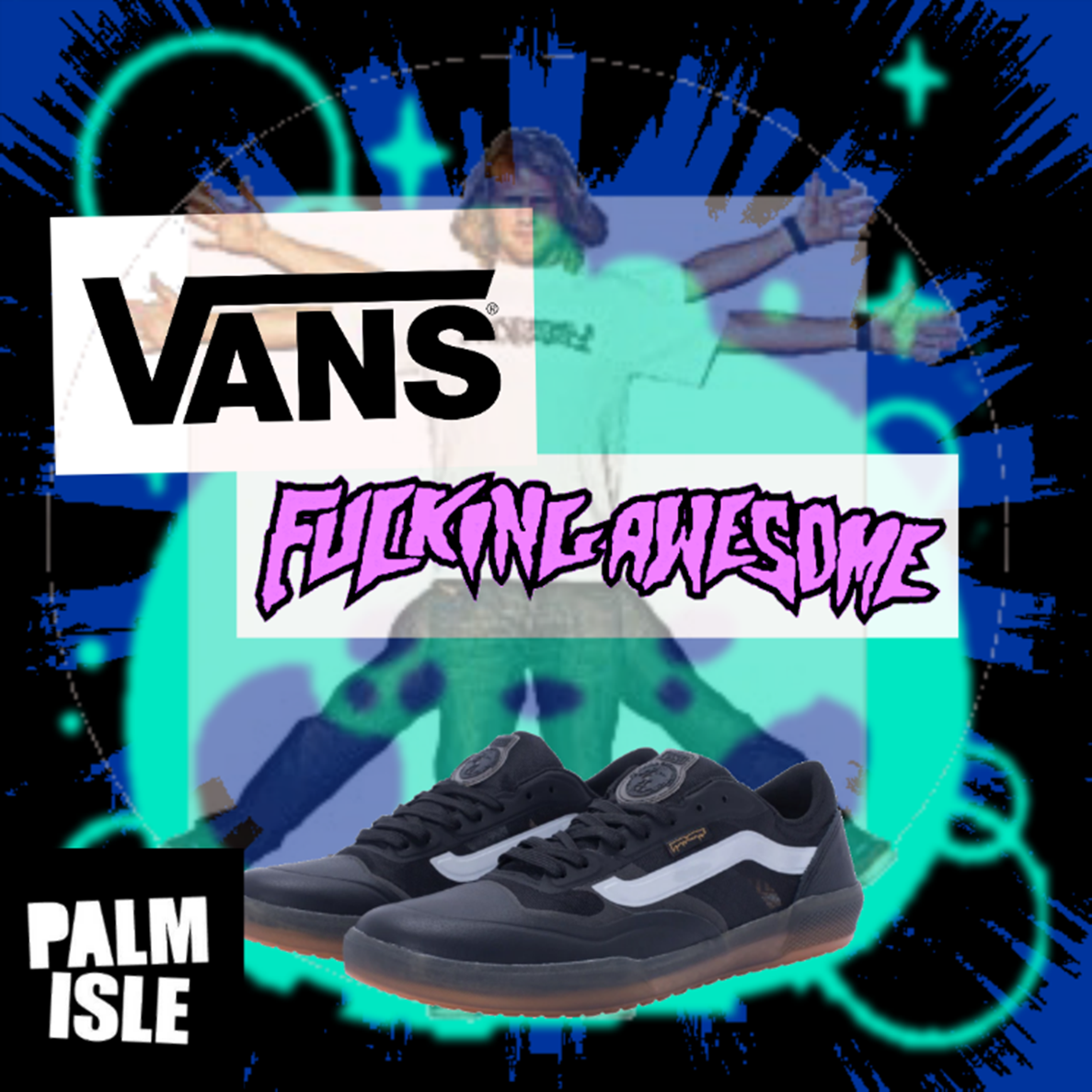