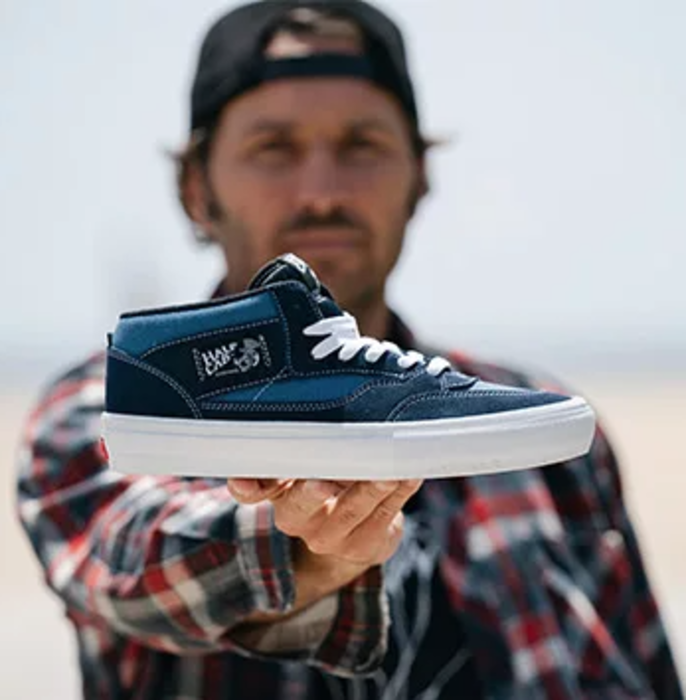 Artist, designer, skateboarder, and Vans family member Mike Gigliotti is steeped in skate culture. He’s done everything from creating famous board graphics to working with Vans on special collections and open Lotties Skateshop in Los Angeles, one of the West Coast’s most influential skateboarding hubs. Gigliotti is “Off the Wall” through and through, so he’s the perfect partner to reimagine Vans Skateboarding silhouettes, both classic and contemporary, in a new co-created collection.

At the heart of the Vans Skateboarding x Mike Gigliotti collection is the Skate Half Cab, an upgraded version of Steve Caballero’s iconic signature model celebrating its 30th anniversary in 2022. It’s dressed in a familiar two-tone blue color scheme that’s offset by pops of bright red plus a white midsole and laces. Gigliotti knows you don’t need to tamper with a classic too much, so he’s added his custom graphics onto the lateral collar’s tag, debossed them on the heel and tucked them away on the insole’s all-over print as well, letting the familiar mid-cut silhouette speak for itself. 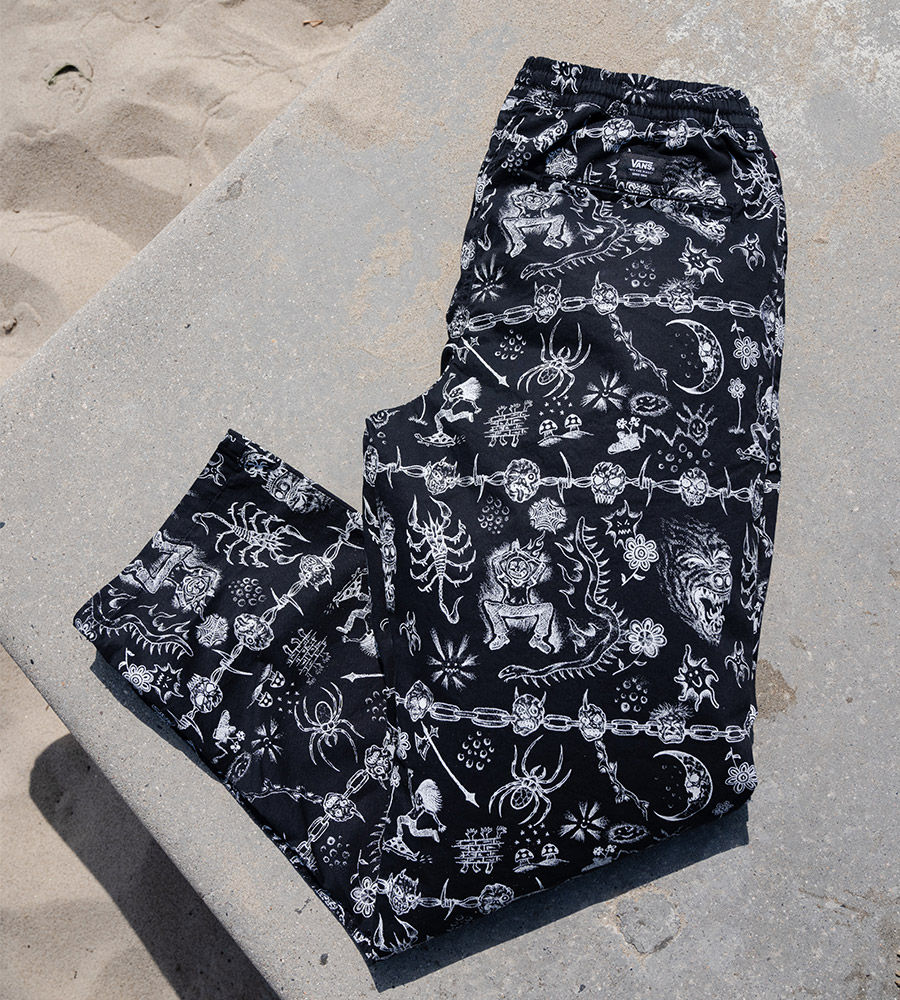 The Half Cab may opt for a more minimalist approach, but the rest of the footwear and apparel in the Vans Skateboarding x Mike Gigliotti collection is awash in colorful prints and patterns. From skulls to barbed wire, roses, and spectral figures, the Skate Old Skool is loaded up with Gigliotti’s signature hand-drawn graphics. It also features a blue/black color scheme that blends two classic Old Skool colorways, split by a red Jazz Stripe. For a finishing touch, insoles boast a cheeky full-color graphic. Both the Skate Half Cab and Skate Old Skool utilize Vans Skateboarding’s finest tech, like responsive, drop-in PopCush midsoles, extra-rugged Duracap midsoles and classic gum rubber outsoles that use a grippy SickStick compound for ultimate board feel. 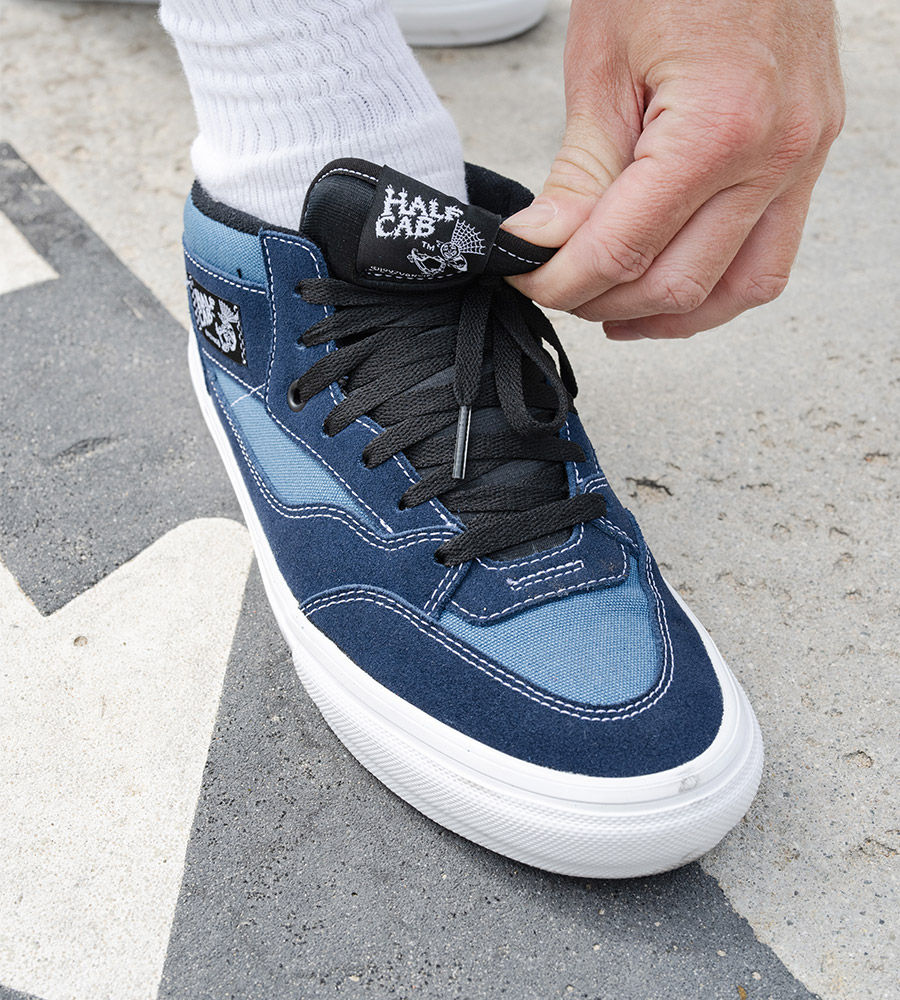 You’ve got to have your “chillers'' to match your skate footwear, so the Vans Skateboarding x Mike Gigliotti collection also heads to the beach with a Trek Slip-On in black that features an all-over red graphic print. This perfect après-skate footwear option is accompanied by matching boardshorts and a beach towel.